A Better Life is Ahead

Serving the criminal defense needs of Indianapolis, Carmel, and all of Indiana.

You have been charged with a crime

I will work to ease the burden on everyone.

You don’t have to worry about what comes next

If you are facing criminal charges, I will help you understand your options so you don’t have to fear what lies ahead.

For over 20 years, I’ve helped clients minimize or eliminate the impact of criminal charges.
Z

I guide you toward the help you need so you find the life you deserve.
Z

I work to provide the best defense possible for your specific case.
Free Consultation
Call Now

Take your first step toward freedom

Here’s how to get started.

1. Get a Free Consultation

We discuss your situation in detail and develop a plan of attack.

2. We Appear in Court

I will appear in court with you and handle the issue with the court and prosecutors so you don’t have to worry.

l explain the ways we might present your defense so you can make an educated decision on what is best for you.
Free Consultation
Call Now

What my clients are saying

Mr. Seiter did a great job! He was able to get my case dismissed. Quick and easy. Very respectful to me, as a client, and the court as a lawyer should. Mr. Seiter is the type of person you want to know when you’re in a bad situation. When it hits the fan, Mr. Seiter is the man! Thank you, Mr. Seiter.

(David Seiter is) very knowledgeable on juvenile law. Treated my son with respect and explained how the legal process works. Would highly recommend.

David Seiter is a sincere person and this makes for a one of a kind attorney. He genuinely cares about his clients and does his job to help people during rough times. He knows the laws and provides outstanding attorney duties! I recommend him from personal experiences.
Free Consultation
Call Now 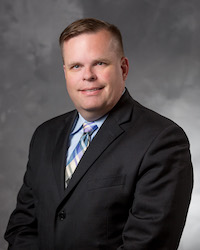 When people find themselves in crises due to criminal charges, I guide them through the legal process to help them avoid or minimize the negative impact on their lives.

As a military combat veteran, former judicial officer, and criminal defense attorney of over 20 years, I have seen it all.

Criminal charges don’t have to define you or your family. I help you avoid or minimize their impact on your life so you can find the life you deserve. Often, that means guiding you to the help you need beyond the legal system to make sure you don’t find yourself in this position again.

Time is of the essence in every criminal defense case.

Call today for a free consultation. 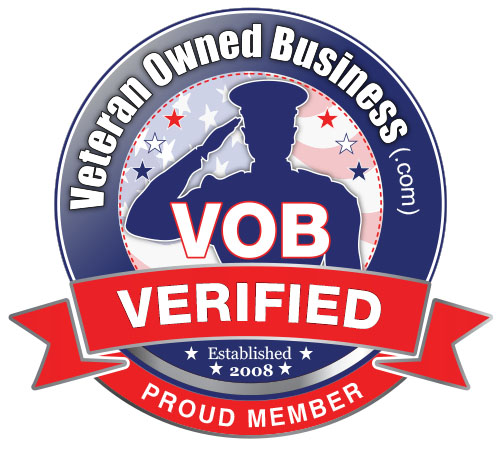 I was admitted to practice law throughout the state of Indiana in 1998. As a general practice lawyer, I have experience in both criminal and civil law. I practiced law for over 14 years and built a successful private practice before serving as a judicial officer in Marion County, Indiana for three and a half years.

I have major felony trial and appellate advocacy experience. While many lawyers will spend an entire career and never have the opportunity to argue before the Indiana Supreme Court, I have done so three times.

Those decisions have helped shape Indiana law in the areas of Operating a Vehicle while Intoxicated and Habitual Traffic Violator offenses.

In 2013, I retired as a field grade officer in the U.S. Army Reserves after serving for 25 years. Originally enlisting as a private out of high school in 1988, I was later commissioned through ROTC as a Second Lieutenant in the Military Police and completed the U.S. Army’s Airborne School.

I served as a commander of the 384th MP HHC in Fort Wayne, IN, before transferring to the Judge Advocates General (JAG) Corps in 2000 where I served the remainder of my Army career as a military lawyer.

In 2003, I was deployed to Iraq as a JAG officer with the 800th Military Police Battalion in support of Operation Iraqi Freedom. I was assigned to the Coalition Provisional Authority (CPA) in the Iraqi Ministry of Justice where I served as the “ombudsman” for juvenile and female detainees.

I earned the Bronze Star during my deployment for a variety of accomplishments, including obtaining a confession from an Iraqi detainee concerning placement of over 500 anti-tank and personnel mines, successfully negotiating the peaceful displacement of over 1,500 squatters from Iraqi government lands, exhibiting the proper care and control over Iraqi detainees, and organizing charitable events to better the Iraqi people.

Despite being in the middle of a war zone, I made international news when I established an Arabic library in the Al-Karhk Juvenile Detention Facility and held a charitable event called “Operation Touchdown,” in which two Baghdad orphanages were introduced to the sport of American Football with the assistance of the Indianapolis Colts and New Orleans Saints franchises.

Later, I renewed the Operation Touchdown theme in 2006 and 2010, raising money for the United Services Organization (USO) and Wounded Warrior Project, respectively.

I am also an adjunct professor at Indiana University-Purdue University-Indianapolis (IUPUI), where I teach Substantive Criminal Law for the School of Public and Environmental Affairs. Additionally, I have presented classes to fellow members of the Indiana Bar and judges on the Military Aspects of Divorce in Indiana and the Servicemember’s Civil Relief Act.

In the military, I instructed multiple military units on topics, such as Federal Ethics, Code of Conduct, Law of War, Rules of Engagement, and General Orders in a Combat Theater.

I am a credited contributor in two published books written by Dr. Erin Albert: “Indianapolis: A Young Professional’s Guide” (2010) and “Multipationals: The Changing World of Work and How to Create Your Best Career Portfolio” (2015). In 2007, I was a finalist for Junior Achievement’s “Indy’s Best and Brightest – Law Category.”

I focus my practice in the Indianapolis and Carmel, Indiana areas and work out of the Cate, Terry, & Gookins law firm.

Although born and raised in Michigan, I have lived in the Indianapolis area since 1994. I graduated with an undergraduate degree in criminal justice with minors in political science and military science from Western Michigan University in 1992.

After completing my initial military obligations, I moved to Indianapolis to obtain my law degree at Indiana University – McKinney School of Law. I graduated from law school in 1998 and was admitted to the Indiana State Bar after passing the bar exam that same year.

Some of my credentials include:

I currently live in Indianapolis, Indiana with my wife, three children, and many pets. I enjoy spending time with my family, attending sporting events and volunteering for charitable, military and political organizations. Since 2008, I have managed operations for the Indianapolis Tornados minor league football team. I am an active member of the Indiana State Bar and my local community.

Here is a list of the organizations I am a part of:

As Your Criminal Defense Lawyer

you can always expect these things from me.

A clear explanation of the process

To layout of all your options

Creative solutions to your problems

To always work for your best outcome

The respect you deserve

Felonies are serious crimes which involve fines and incarceration in prison for more than a year. Whether time can be suspended or served in community corrections depends on the offense and many contributing factors. In Indiana, Felonies are categorized between Level 1 -6 in addition to Murder which has its own penalty levels. The lowest level felony is a level 6 felony. It carries a possible penalty between 6 months- 2.5 years and a fine up to $10,000. However, Courts may allow this charge to be reduced to a Class A misdemeanor if certain statutory requirements are met. Felony convictions can have multiple negative consequences beyond the sentence in the courtroom. Felons lose their right to carry firearms, may lose the ability to vote, may be denied for employment and could be denied housing.

Traffic Offenses are civil in nature and punishable by fines but not incarceration. Unfortunately, many people just pay the ticket without consulting an attorney. The adjudication of guilt on a person’s driving record could include points. Points are used by insurance companies to raise rates and by the Bureau of Motor Vehicles (BMV) to determine whether a person’s driving privileges should be suspended. Many jurisdictions offer diversion or deferral programs which allow drivers to avoid the adjudication so the BMV does not issue points.

The state of Indiana takes the charge of operating a motor vehicle while under the influence (OVWI) very seriously. Without a DUI attorney, you could face a variety of consequences, including a full license suspension.

Don’t wait until it’s too late to challenge your charge and don’t risk jail time or the suspension of your license. As your DUI lawyer I will help you navigate the path forward toward the best possible outcome.

In 2014, the State of Indiana passed legislation to give citizens a “second chance” by allowing them to prevent disclosure of prior criminal history. This is a “once in a lifetime opportunity”.  An expungement attorney can help you ensure that you meet the statutory requirements, advise you which cases are eligible for expungement/record sealing, and properly file the petition.

Specialized Driving privileges might be available to a driver who has had their license suspended by the Indiana Bureau of Motor Vehicles (BMV). There are strict statutory requirements that must be met before a court can grant this relief. Therefore, it is important to hire an attorney to make sure the petition and process are handled properly.

Like any set of laws, Indiana’s firearm laws can be complex and hard to navigate. As a gun rights attorney, I have spent years learning the ins and outs of these firearm laws. I can help you prove to the state that you’re ready to be a responsible gun owner.

Both federal laws and laws in the State of Indiana allow law enforcement officials to seize assets under very specific circumstances. However, you are entitled to due process and if the assets or monies were seized improperly, you may be entitled to receive your property back. Lawsuits are complicated legal matters. I will simplify the process for you. When you bring your case to me, I will break it down for you and explain your next best steps.